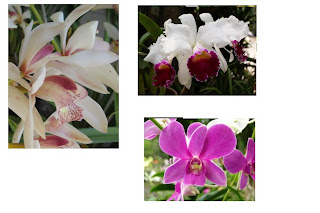 We can thank the Greeks and Romans for many of our plant names.   The word  Orchid comes from the Greek word orchis which means testicle due the shape of the orchid root.


Probably keeping with the Greek origin of the name, there is an accompanying Greek myth about Orchis, who was the the son of a nymph and a satyr.   Orchis was drunk at one of those lively Greek god festivals and as any drunken good nymph/saytr, attempted to rape a priestess of Dionysus.

Orchis did not fare well because of his insult and was torn apart.

Orchis' father prayed for him to be restored, but the gods changed him into the flower we now known as the orchid.

Regardless of the flower's name, the orchid is one of the best plants for those who are passionate about indoor gardening. The popularity of the orchid are that the flowers appear almost wax like and come in a large variety of colors.

Orchid flowers last a long time and in some cases, some varieties of orchid flowers can last up to two months!


Before discussing the care of orchids, here are some additional interesting true facts about the family of Orchidacea, which we call Orchids.


Posted by edward houghton at 4:59 PM